Microsoft has a new weapon for killing off diesel at its expanding global fleet of data centers: green hydrogen.

The tech giant announced Monday that it recently powered a row of data center servers for 48 hours using nothing but hydrogen fuel cells, which it believes to be the longest such test in the world for a data center operator at that scale.

Microsoft is expanding its hydrogen testing and intends to leverage its vast size and energy consumption to help the green hydrogen industry scale up, Brian Janous, the company’s general manager for environmental sustainability, said in an interview.

Green hydrogen could one day play a similar role as batteries for Microsoft, Janous said, keeping data centers online and running smoothly amid a rising tide of intermittent renewables or in parts of the world where the electric grid is unreliable.

And there’s potential to go even further: Rather than simply consuming hydrogen to power its data centers, Microsoft could install electrolyzers and storage tanks onsite to produce and stockpile green hydrogen — integrating with the grid to provide load-balancing services, or even acting as a filling station for hydrogen-powered long-haul vehicles in the area.

Microsoft is already experimenting with using its onsite batteries to sell services to the grid. “We see hydrogen creating the same sort of opportunity,” Janous said.

Green hydrogen is produced using solar and wind power to electrolyze water; the resulting hydrogen can later be converted back into electricity by fuel cells.

“If we had this resource and it was running on clean fuel, we could offer it as capacity into the grid at times when it was needed or we could provide ancillary services,” Janous said. “It does open up, I think, a huge opportunity for us.”

“When I look at how much money we spend every year on backup generation and [uninterruptible power supply] and these things, it’s literally billions of dollars,” he said. “We’re looking at this and going, why wouldn’t we find a way to monetize these assets?”

Why quitting diesel is hard for data center operators

Like most cloud providers, Microsoft installs diesel generators at its Azure data centers to be run in the case of power outages or other disruptions.

Diesel represents a tiny but persistent portion of Microsoft’s fuel mix, accounting for about 1 percent of the company’s total emissions. Still, the ongoing reliance on diesel doesn’t sit well with Microsoft’s recently announced goal to be carbon negative by 2030.

“We don’t think the industry can continue to grow on the back of diesel fuel as a standby, especially given the scale we’re operating at today,” Janous said. “We know we have to do something else.”

The options are limited today for replacing diesel at a reasonable cost. Most of Microsoft’s diesel generators are fired up very rarely — sometimes only once a month to make sure they still run properly. Critically, however, such generators can run for an extended period in the event of a serious power outage, an ability that eludes batteries today.

To fill that role, “hydrogen is one of the things we’re looking at, [along with] different forms of synthetic diesel fuel and longer duration batteries,” Janous said. 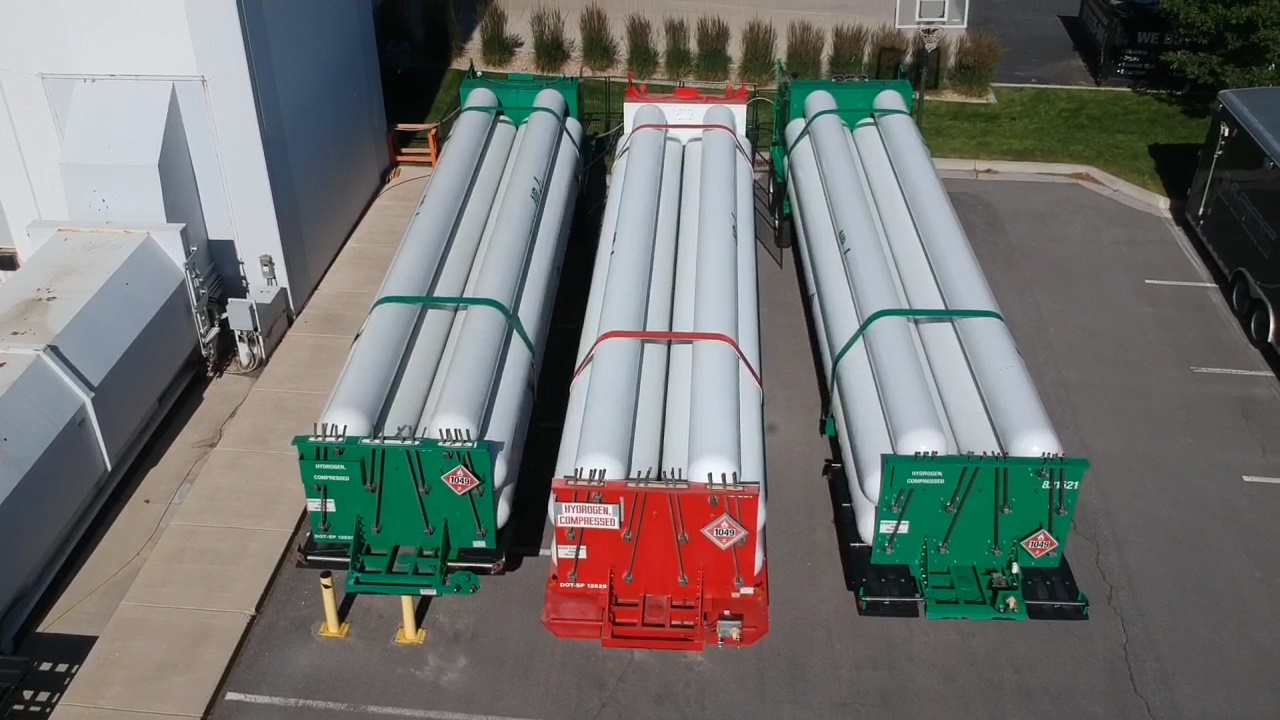 While still a long way from commercial reality, green hydrogen is rapidly catching on among policymakers and major energy companies as a potential pathway to decarbonization of the electricity sector. Last week NextEra Energy, the largest U.S. generator of wind and solar power, revealed plans to build its first green hydrogen facility in Florida, to be fueled by solar power.

Could green hydrogen present a threat for battery makers, which are racing to commercialize technologies that offer longer duration backup?

In many ways, hydrogen and batteries “solve the same problems,” Janous said. Most of the functions that on-site hydrogen infrastructure would provide, “a longer duration battery could probably do just as well — and without the complexity of relying on the hydrogen economy to develop.”

When it comes to data centers, there will probably end up being a market for both, he said. In some places, “a fuel-based resource may actually end up being a better solution than chemical storage, and vice versa.”

“I think we’re going to find scenarios where, for instance, we may be operating in parts of the grid or locations in the world where there’s a lower reliability or availability of electricity, in which case having some available fuel on site could be really important.”

Meanwhile, in places where the grid is highly reliable and fed by large amounts of low-cost renewable power, “batteries may be the perfect solution.”

Microsoft scaling up its hydrogen tests — and the industry

Four automotive fuel cells were run in parallel to deliver 10,500 kilowatt-hours of electricity over the 48-hour test, covering a load of around 200 kilowatts.

The next test will scale up to 3 megawatts, which would cover a “whole room’s worth of computers,” Monroe said.

For security reasons, Microsoft is unlikely to announce the details of its next, bigger test beforehand, but “we expect to do it relatively soon,” Monroe said.

Microsoft is still evaluating whether it would make sense to own and operate hydrogen infrastructure or whether to contract that work out. “We’ve seen all of those models in the research we’ve done in the hydrogen industry,” Monroe said.

Despite its big potential, Monroe acknowledged that green hydrogen has a long way to go before it can meet the needs of a company like Microsoft, let alone the broader energy industry.

Beyond its still-expensive costs, there’s the tiny supply chain to contend with: “Only a few thousand fuel cells get manufactured each year; one of our data centers could consume a significant portion of any fuel cell manufacturer’s production,” he said.

“If we went full-bore hydrogen — which we’re not talking about doing yet — but sometime in the future if it catches on in the industry, we’ve got to make sure there are plenty of suppliers and they understand what the potential demand is, and how quickly that demand could come from a company like Microsoft.”